Dropping Loads Episode 31: Have Sex with an Ugly Person Day

Pouch here. No, you didn't read that wrong. We are in fact releasing two brand-new episodes this week. Let me catch you up on the details. Author/blogger, all-around cool dude Lance Manion reached out to us to appear on an episode to promote himself as well as a holiday he's attempting to popularize, National Have Sex with an Ugly Person Day. (It's exactly what you think it is. He wants an extremely attractive person to have sex with an extremely ugly person, which means I might just get laid. The holiday is a semi-joke perpetuated from his self-admitted selfishness as well as a desire to point out the ironies in our superficial culture. It's a bit of a statement to stimulate discussion.) What we intended to do was have about 20-30 minutes with Lance and then add on a regular show with Jon, but the conversation was so much fun that we let  it run and it ended up being over 40 minutes long. With some of our episodes clocking in at about the same length, we said "fuck it," and decided to separate the two episodes and do something special for our 30th... which is technically our 30th and 31st. Otherwise, the episode would run about an hour and 45 minutes. We could have done a giant-sized issue, but we figured that would be demanding of your attention spans, so we conveniently split them up into two different episodes for your enjoyment. Check  Lance out at LanceManion.com.


Check out the 76th Street Network for our pod and several other great pods as well.

In this episode, the boys welcome author/blogger and all-around cool guy, Lance Manion, to discuss National Have Sex with an Ugly Person Day, which lands on April 2nd, 2013. Lance discusses his approach to writing, guiding Pouch in the process, and the boys end it on a rousing edition of "One, True, Three." Check Lance out at http://www.lancemanion.com

Check out his book, The Ball Washer. Why not? It's free! 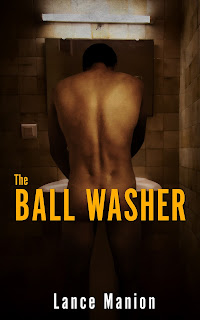 Loads of FUN: One, True, Three